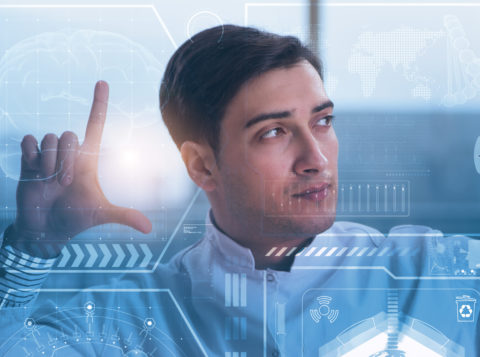 The 21st Century Cures Act passed by congress supports the use of real-world data (RWD) to gather real-world evidence (RWE) from observational and post marketing studies in order to get drugs to market in a more efficient and affordable manner. In 2019, the FDA also provided guidance on the proper methods of RWE collection.The FDA recognizes the following methods of RWE extraction:

This strongly indicates that the FDA is prepared to approve drugs using RWE, if appropriate real world evidence is collected. How is this to be done? Primarily using synthetic control arms, a (FDA approved) method of RWE collection. Synthetic arms use data derived from a population unbound by the stringent exclusion/inclusion criteria of early-phase studies.Instead of collecting data from the control arm made of patients recruited for a clinical trial, synthetic arms provide the time-and-money-saving approach of using EHR�s, wearable devices, etc. - to supply researchers with similar data. As a result, the study protocol can curtail enrollment requirements (saving money) and streamline market-entry for life-saving therapeutics (saving time). This has already been the case for drugs such as avelumab for skin cancer, alectinib for lung cancer, and blinatumomab for a rare form of leukemia where-in a synthetic arm was employed to provide substantiating evidence of its effectiveness.

Learning from a Diverse Population

The collection of real-world data often allows for the integration of a population often under-represented. When you break down the barriers of the clinical setting, you�re more likely to get a population that includes ethnic and racial minorities, women, the elderly, and even rural populations.This is critical because treatments often react differently in different bodies. In 2018, the FDA approved 59 novel drugs, in the clinicals trials carried out to bring these drugs to market, nearly 70 percent of all participants were white. This statistic provides a glimpse into the need to further understand the efficacy, safety, and tolerability of treatment options among this population.A study design that employs RWD (typically observational/phase III or phase IV) can also examine factors left unstudied in initial trial phases - such as smoking, drinking, taking an otherwise prior trial�s exclusionary medication/supplement � and its impact on the intervention. Excluding these patients from studies is counter-effective, since we know a large subset of the real-world population engages in these behaviors.

Payers also often look at data on how a treatment will interact with tobacco, alcohol, other types of medication, etc. In turn, healthcare insurance providers benefit from data extracted from thousands of patients when considering the safety, effectiveness, and the cost benefit of a drug. Payers will then be able to assess the true value of a new indication, essentially taking its therapeutic value and translating it into drug pricing. Real world data better predicts how the end-user of the broader population-- will interact with the study product once it�s on the market.

Conducting a virtual trial in the real world permits drug developers to observe how patients will use the treatment throughout their everyday lives. For example, a sponsor could determine the intervention is too complicated and adherence rates drop dramatically when studied in the real world. This might make drug makers re-think how effective their treatment will be once on the market, since medicines don�t work if patients don�t use them, or use them as directed.There is a need to amass evidence of drug safety, efficacy, and value outside of a heavily controlled setting. This allows drug makers to develop better products that work for a broader population.